There is no denying that when water enters your basement, you appreciate the importance of having a sump pump to tackle the issue.

Instead of ending up with a flooded basement, you’lll have the peace of mind that the sump pump can divert the water away.

There are different types of sump pumps on the market, and while each of them has its respective pros and cons, they all have one thing in common.

Over time they need to be replaced as like anything mechanical, they have a limited lifespan.

There are many warning signs which you should pay attention to.

These signs will help you know when it’s time to replace the sump before complete failure, and you end up with a flooded basement. 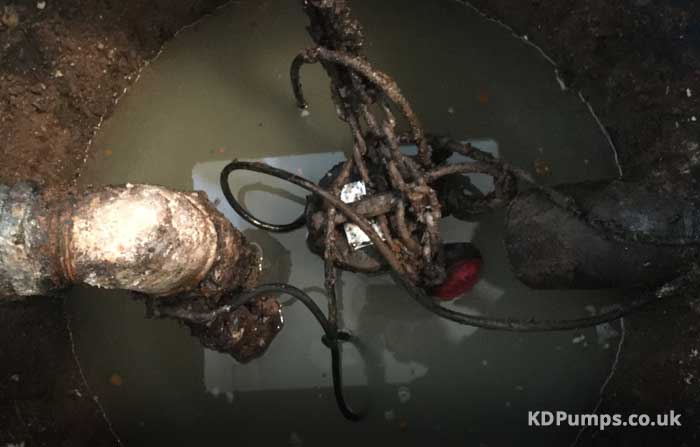 A common warning sign is strange noise coming from the pump.

This could mean that there is one or more damaged parts in the system.

Problems could vary, from a failed bearing to a damaged impeller.

You cannot really tell until you have someone check over the pump.

Often a rattling or grinding noise usually indicates that there is something wrong with the impeller.

On the other hand, gurgling sounds usually have to do with the standard check valves.

If the pump’s motor is unusually loud, it could mean that the motor might have reached the end of its life.

While it is normal to hear the sump pump running and making some noise, any unusual noises like clanging, rattling or loud gurgling sounds should be addressed as soon as possible.

Chances are there’s something wrong that needs to be repaired or replaced.

You might notice that the sump pump is vibrating more than usual.

Excessive vibrations could result from problems with the impeller.

This is an important part of your pump which could have been bent or damaged due to hard debris that was sucked up.

Vibrations are usually caused when the impeller is not balanced.

Due to the wobbling it will cause stress on the shaft that it rotates on, and so vibrations are the end result. 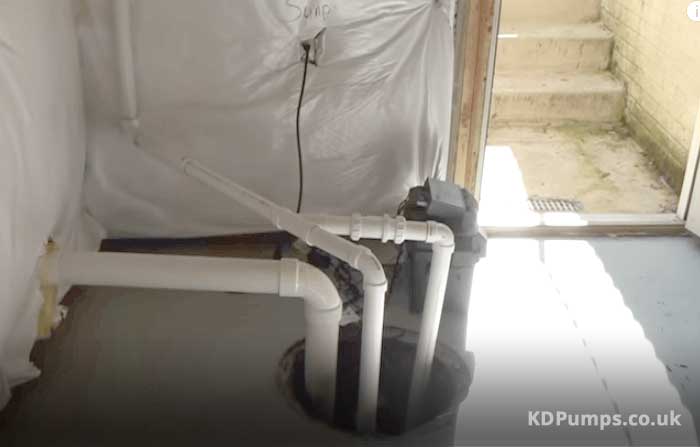 It is very important to make sure that you do not allow your sump pump to be used too little.

Limited use can reduce its lifespan.

While there will not be heavy rainfall throughout the year, it’s best to make sure you service the sump pump regularly to support its mechanism, while also checking for any other problems. 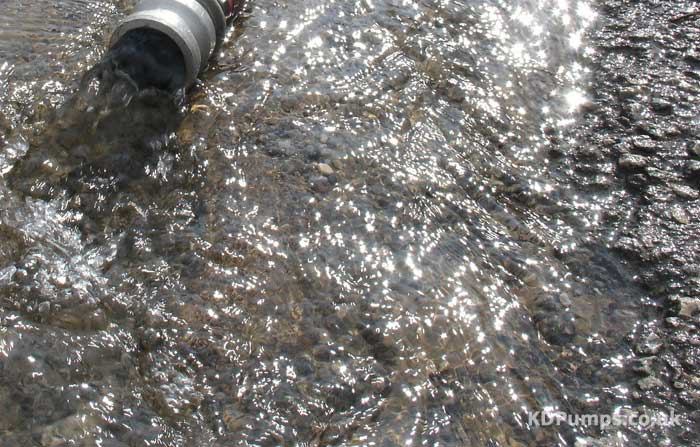 If you notice that the sump pump is running all the time, then most likely there is a problem with its switch.

The sump pump relies on the switch and the float arm to run only at the correct times.

Common problems include the pump shifting in the basin, thereby rendering the float ineffective, or instances when the switch loses its connection to the power source.

It could also be that the check valve may have failed.

If you notice that the sump pump is often cycling on and off, there is probably something wrong with it.

Erratic cycling could indicate something simple such as a float switch that is not properly adjusted, a wiring malfunction, or a short circuit.

If the sump pump is running for too long, it could mean that it does not have enough horsepower.

This means that the sump pump size might be insufficient for the demands.

This is an important factor, as it ultimately has a determining effect on the pump’s efficiency and longevity.

The volume of water to be pumped, and the distance it will need to be pumped away have an impact on the size of the pump you will need.

The more overworked a sump pump is, the less its lifespan will be. 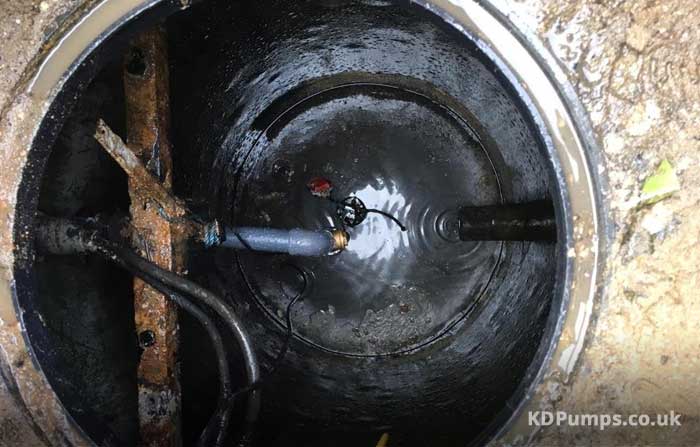 If you notice there’s no water in the sump pit, despite the fact the pump appears to be running, then chances are there’s a problem.

The pump might not have been installed properly, or it might not be correctly hooked up to the drainage system.

There could also be clogs or blockages.

Corrosion is another common problem with some sump pumps.

If you notice rust and brownish residue on some parts, it’s important to see to this, as jamming, clogging and other failures could result over time. 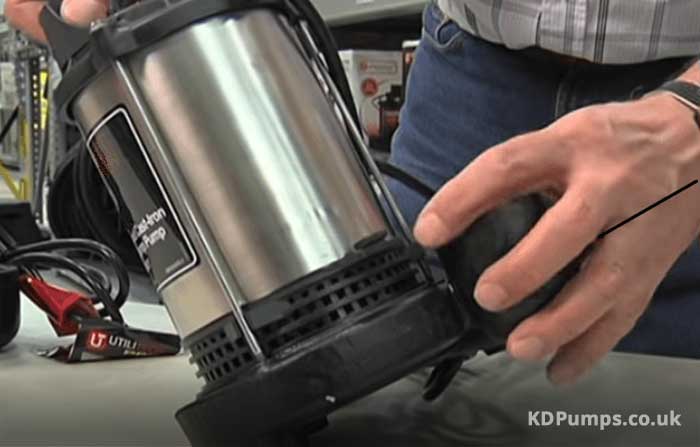 Even if you do your utmost to regularly clean and maintain your sump pump, it can only last a number of years.

Generally, a sump pump that lasts anywhere between seven years to ten years is said to have performed well, and it is recommended to replace it once this period has passed.

It’s also worth mentioning that cast-iron pumps are better than plastic pumps in terms of their lifespan.

The former is usually self-lubricating and much less prone to overheating.

This will help in extending the pump’s life.

Also, pedestal sump pumps, which have motors outside of the sump basin, tend to last longer since they are not submerged in dirty water.

A incorrectly sized pump can lead to a series of problems, which have an effect on its longevity as well as on its efficacy.

Most problems crop up simply because the sump pump is either too small or too big.

For instance, a pump that is too small for the pit will end up running constantly to try to keep up.

On the other hand if it is too powerful, it will wear out fast. 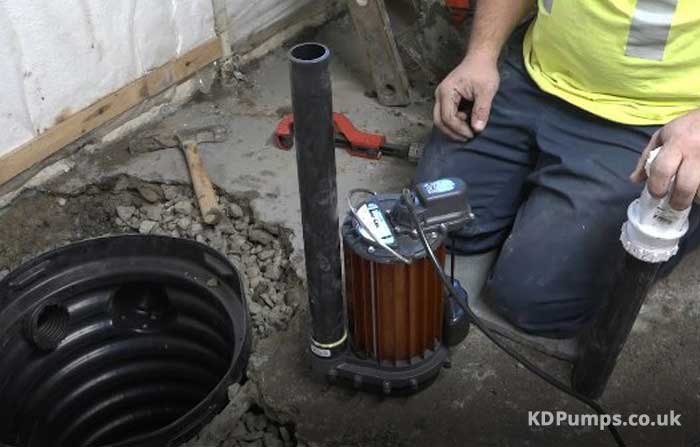 When you perform a sump maintenance check, you will be able to see if there’s any warning signs to be addressed.

You will also be able to notice any defects or problems such as clogs, and address them before they get too serious or lead to a complete sump pump failure.

Did the motor get stuck, or are you noticing frequent motor jams?

In such cases, the motor is highly likely to be getting damaged by sediment and other material sucked up into the main sump canister.

Periodic checking and cleaning is important to extend the life of the sump pump. 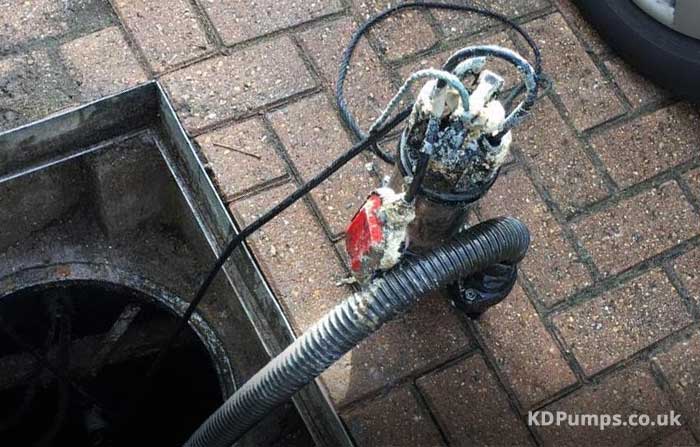 Motor failure is another problem that occurs fairly regularly.

There could be an internal wiring failure, or it may have tripped a fuse or breaker switch.

As a result, the water may stop moving or flow back, resulting in the motor to run at a higher output level and lead to burning out.

Even more so if the sump pump does not have a lid to keep away dirt, debris and other residues.

As a result, there could be a clogged pump, a jammed float switch or tangled switches, as well as dirty mechanical parts which result in malfunctioning.

It’s best to invest in an airtight lid to prevent debris from making its way into the pit to avoid such potential problems. 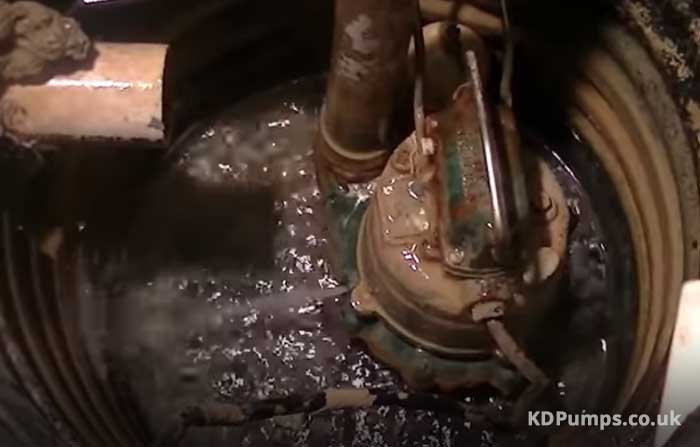 The discharge lines could have got clogged over time.

As the pump directs water away from your basement, this is sent to the discharge line, and clogging could result due to debris.

Frozen discharge lines could also be a problem when temperatures are extremely low during winter months.

If your sump pump was not properly installed, there could be a whole series of problems resulting.

The pump will usually not be able to pump water effectively, and this could lead to various problems, including malfunctions and burnouts.

There may be too many joints in the pipes and the discharge line may not be straight enough, resulting in clanging sounds whenever there is water trying to exit the pit. 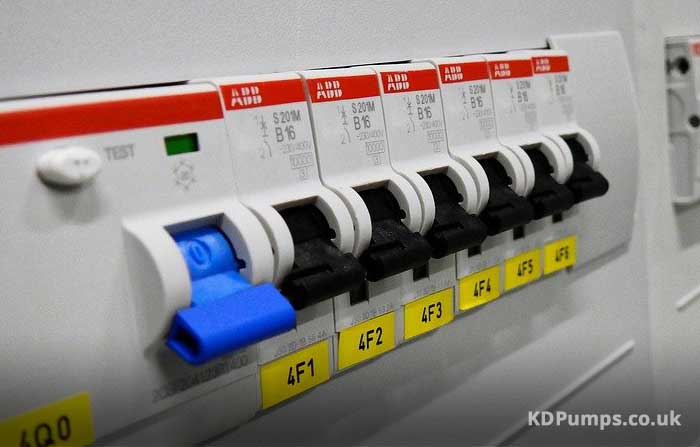 In most cases, sump pump systems are directly wired to the house’s electrical system.

As a result, they are vulnerable to damages due to power surges.

Frequent power cuts could be a problem, so it’s recommended to install an auxiliary sump pump with a battery backup system.

If your sump pump has stopped working completely, and you’ve made sure that there’s nothing visibly wrong with the power connection, then it is best to have a pump engineer check it over and diagnose the problem.

However, this most likely means the sump pump will need to be replaced.

Every mechanical device has its lifespan and as noted earlier, the life expectancy of sump pumps is generally around seven to ten years at best.

Your sump pump system needs to be maintained in good running order to ensure that it can do its job properly whenever there’s water to pump away from your basement.

Defects and problems are common with any pump system or mechanical device.

But with routine checks by a professional sump pump specialist, you should be able to notice if something appears to be wrong or is about to occur.

You’ll be better positioned to resolve it before it gets out of hand or leads to a very expensive sump pump system replacement.